What do you even call this thing? A movement? A protest? An insurrection?

The Occupation has already infiltrated the American zeitgeist and changed the national political dialogue in a way that nobody could have predicted. The mainstream media has danced around the subject in a bizarre tango of neglect and hype, leaving the truth standing by as a wallflower.

At this point, the particular politics of Occupy Wall Street are less important than the ugly street-level reality that they’ve stirred up. The occupation of a few public spaces in downtown Manhattan by a rag-tag group of idealists and rabble-rousers has been met with a full-bore siege of martial law.

The Police State is now on open display in New York City. For the past few months, everyone’s favorite private army, aka the NYPD, has been instituting “frozen zones” at will and without warning, shutting off pedestrian traffic with no explanation, demanding corporate IDs, and arresting anyone who tries to cross the street or defy their random checkpoints (members of the press and legal observers included). All First Amendment rights to free assembly and free expression are now routinely sequestered; unique classes of people are created ad hoc on the street as corporately-funded police officers brutally crack down on dissent and protest of all kinds. Block after block of the Financial District are now barricaded into a meaningless maze of metal fences and observation towers all-too reminiscent of fascists regimes from past decades.

In today’s NYC, you are either a regular citizen, subject to arrest and denied entry to public spaces (like Wall Street and Broadway), or you are a corporate person–one who has the permission of the corporate authorities, and full access to the streets of Manhattan.

I’ve been arrested three times in the past two months. Once for praying, once for walking, and once for stepping out of the way of a rampaging cop. To their credit, the cops only beat me up one time.

Having lived the fast life of an underground outlaw/artist for the past fifteen years, my criminal record remained clean and clear until I started speaking my mind about politics and religion in public. I’m not even particularly supportive of the specific brand of light-socialism espoused by the OWS crew, but my disdain for fascism, and my dedication to the cause of free speech, has brought me into a toe-to-toe struggle against the militarized authorities of New York City.

Nobody knows what the political fallout of the OWS movement will be, but, after trolling through the guts of today’s class struggle, I’m certain of one thing: artists, writers and others who take their civil rights for granted are in for a sour treat when this wave of repression hits Mainstreet, USA. If the tactics of brutality and suppression used by Mayor Bloomberg and the NYPD get exported to the tidy, boring suburbs of middle-America, we will all know how thin the veil of civility has become in our society. It is no longer sufficient to grumble about inequity and the need for change at cocktail parties and in safe places with friends. If you value your right to speak out and express yourself in an unhindered way, it may now be essential for you to hit the streets and demand those rights in public, before it is no longer possible to do so.

Maybe we will look back in a few decades and see OWS as a glorified internet meme, or maybe it will be seen as the lit fuse leading to the powder keg of revolution, either way it is the duty of the artist to look at their world critically and tell the story of what they see. If all you see comes from cable news or corporate-sponsored print rags, you may want to take a step outside and check the weather yourself.

We liked your story. We really liked it. But we’re not going to publish it. Bye. 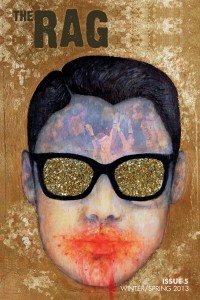